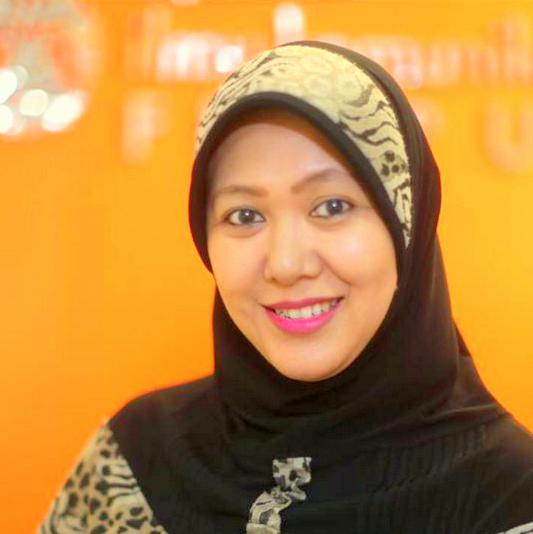 Rosy Tri Pagiwati has been a lecturer at the Department of Communication, Faculty of Social and Political Sciences, Universitas Indonesia, since 2004. Her research interest is on Communication issues in micro perspective (Intrapersonal & Interpersonal levels), also Transcendental Communication.

Besides concentrating on communication study, Rosy shows a high interest in English. Prior to being a full-time lecturer in her alma mater, she had dedicated a lot of her time in English language teaching. Since at university, she has taught English in a number of English learning institutions and private companies. She was an English teacher at LIA (Lembaga Indonesia Amerika) in 1990-1995, also at the Indonesian Navy Headquarters (2004-2006).

Before taking her masters study in England, Rosy was a TV news presenter at TVRI Surabaya, a local state-run television station in East Java (1997-2001). Returning back from the U.K. in 2003, she decided to get involved in the academic activities of her university homeland. For around two years from 2008-2010 she was Secretary to the Dean of the Faculty of Social and Political Sciences, Universitas Indonesia. The position has opened a wide opportunity for her to engage in some international collaboration projects.

When the International Joint-Degree Undergraduate Program in Communication was established, she was appointed Head of the Program. Currently she is the Secretary of the Department of Communication.